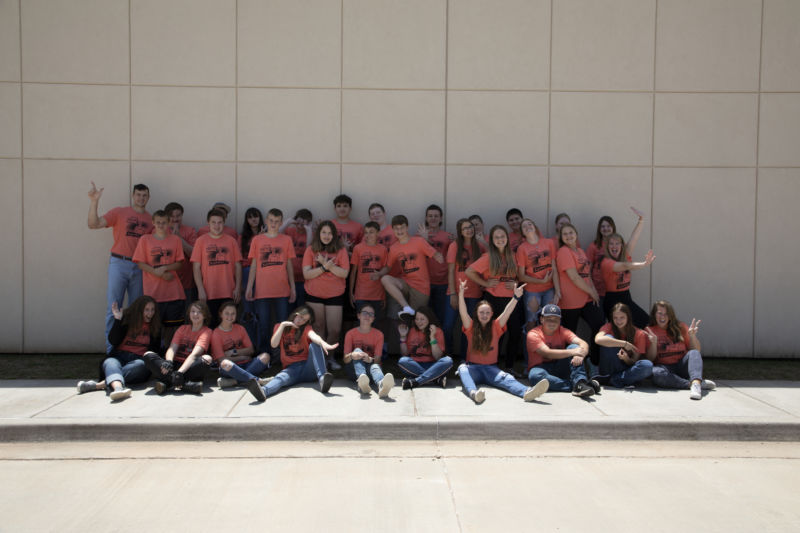 OKLAHOMA CITY – The 2021 Virtual Energy Camp was held from June 1 to June 4 at the Oklahoma Association of Electric Cooperatives office in Oklahoma City. Thirty-eight eight graders were chosen by their region’s co-op to attend Energy Camp based on their leadership qualities. Students virtually met for morning and afternoon sessions that were packed with education, challenges and leadership building.

Stacey Howeth, Energy Camp director, welcomed the students and shared expectations for the upcoming week. Then, she introduced their first guest, Brandon Gosselin, an aspirational speaker, who shared his impactful life story. Gosselin encouraged campers to view life’s hardships as challenges instead of trials that are impossible to overcome, and he challenged them to give back to their communities.

After Gosselin’s presentation, campers learned about the seven cooperative principles and energy sources through educational videos and interactive group exercises.

Later that afternoon, Energy Camp counselors visited a solar park, created in partnership between Oklahoma Electric Cooperatives and Norman Public Schools to learn more about solar energy sources. Campers tuned in for the lesson via Facebook and Instagram Live, where they were also presented with their challenge for the day – create a short video explaining the strengths and weaknesses of three fuel sources for generating electricity.

Howeth greeted campers for the second day with reminders and announcements for the remaining days at Energy Camp. Then, Trever Stelzig, Energy Camp intern, led an engaging activity with students that explored their personalities and shared how they can search for cooperative careers that align with their individual characteristics.

Campers also had the opportunity to learn and interact with co-op leaders. Directors, managers, employees and members from across the state shared their journeys and different careers they’ve had along the way within the electric cooperative industry.

Energy Camp coordinators met with students through social media in the afternoon to share helpful interview tips and announced the second challenge for campers to complete. The challenge relates to what student’s learned in the morning session by creating a campaign video explaining why they should be voted in on the Energy Camp Leadership Team. The Energy Camp Leadership Team consisted of five campers acting as co-op directors and one camper selected as the 2021 Energy Camp manager. The were assigned responsibilities at the awards ceremony.

The third day of Energy Camp took place outside at the OAEC electrical underground safety training field where campers saw a glimpse inside the “life of a line worker.” Co-op linemen from across the state volunteered to explain and demonstrate their daily duties, safety guidelines and how electricity travels from power lines to homes. Campers also learned about linemens’ personal protection equipment (PPE) and the training they are required to complete.

Students also heard testimonials of linemen who served on the Oklahoma Energy Trails Foundation missions. The Oklahoma Energy Trails Foundation is a non-profit that supports sending volunteer lineman from Oklahoma to international developing countries to bring electricity to their homes and businesses. Linemen shared about the “brotherhood” and impact they took away from serving on the missions.

Congressman Frank Lucas visited with the students tuning in on Facebook and Instagram Live before they received their challenge for the day. Campers were asked to create a video explaining three safety tips from the morning session.

On the last day of Energy Camp, students attended a luncheon and awards ceremony at the OAEC Conference Center.

After Baumgarten concluded his speech, campers received certificates and anxiously waited to see who won the prizes for the week. Then, the 2021 Energy Camp Leadership Team presented their challenge for fellow campers – email their cooperative sponsor their favorite part about Energy Camp and how it will positively impact their life. A group picture concluded an electric, educational week.

“Younger generations catch a lot of grief for being online or on their devices too much, but the 2021 campers were a treat to host for Virtual Energy Camp,” Howeth said. “With everything they have dealt with over the past year, they could have made excuses or had bad attitudes about missing out on the regular camp experience, but they didn’t. They enthusiastically participated in every activity, discussion and challenge we put before them.”