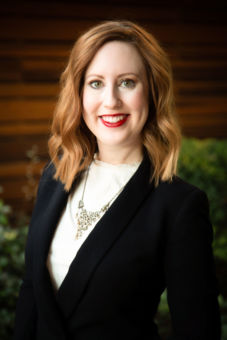 Oklahoma’s electric cooperatives are pleased to announce that Hayley Leatherwood has been selected as Managing Editor of its trade publication, Oklahoma Living magazine. This position is effective on January 1, 2021. Leatherwood is being promoted into this position following the recent announcement of Anna Politano’s promotion to Publisher of Oklahoma Living after 10 years of service as editor.

Leatherwood began her journey at Oklahoma Living magazine in 2011 as an editorial intern; she was hired full-time by the Oklahoma Association of Electric Cooperatives as a Multimedia Specialist for Oklahoma Living magazine. During her tenure as Multimedia Specialist, Leatherwood won multiple national awards and has applied her communications and multimedia skills to enhance the state’s largest subscription-based publication both in print and in digital platforms.

Leatherwood is active with the Cooperative Communicators Association (CCA) currently serving as Communications Chair for the organization’s annual national contest. She previously served as a CCA regional ambassador representing the interests of members in the state of Missouri, Arkansas, Kansas, Oklahoma and Louisiana.

Hayley, and her husband Grant reside in Edmond, Oklahoma and attend Life.Church. They are expecting their first child, a daughter, to be born in May 2021.