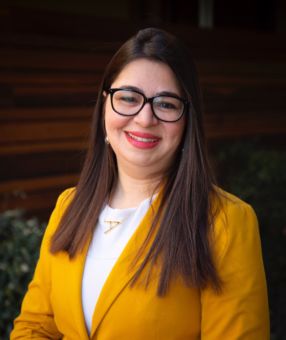 OKLAHOMA CITY – Anna Politano, a native of Brazil and current resident of Guthrie, OK, has been named Director of Public Relations and Communications for the Oklahoma Association of Electric Cooperatives (OAEC), effective November 2, 2020. In this role, Politano will also assume publisher responsibilities for Oklahoma Living magazine, the trade publication of Oklahoma’s electric cooperatives. She is being promoted into the position following the previously announced retirement of Sid Sperry, who will be retiring from OAEC on January 31, 2021, after a 40-year career in the rural electrification industry.

Mrs. Politano worked as an Oklahoma Living magazine freelance writer for five years before becoming the publication’s Managing Editor in December 2010. She has managed the production process for the state’s largest non-profit subscription-based magazine for 10 years.

During her journey as editor of Oklahoma Living magazine, Anna earned the National Rural Electric Cooperative Association’s (NRECA’s) “Certified Cooperative Communicator” designation and served on the CCC Board for six years, concluding her final term in 2019 as board president.

Politano and the team at Oklahoma Living magazine were recipients of NRECA’s esteemed George W. Haggard Memorial Journalism Award in 2016 and 2017 – a first-time recognition for the Oklahoma City-based magazine. She is the 2017 recipient of the Lynne Christenson Award, which is presented annually by American Mainstreet Publications, an Austin, TX, based national advertising firm for rural electric statewide magazines.

Mrs. Politano is active in NRECA’s Statewide Editors Association (SEA), where she is currently serving on the e-media committee and governance committee. She also proudly serves as the liaison and communicator for the Oklahoma Energy Trails Foundation and has documented four international power line building and village electrification projects to Bolivia and Guatemala.

Currently residing in Guthrie, OK, Anna and her husband, Bruno – also a native of Brazil – became American citizens in March 2016. They have two children, Samuel and Julia.