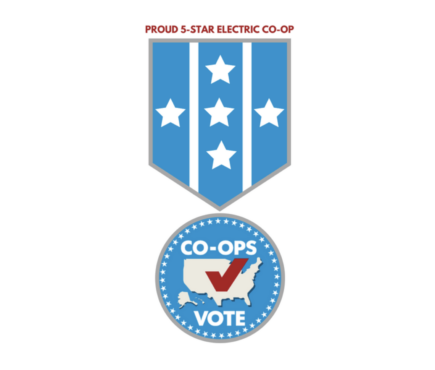 Co-ops Vote is a non-partisan campaign focused on enhancing the political strength of electric cooperatives through relationship building and voter engagement. The main goal of the campaign is to boost voter turnout in cooperative areas, making sure that our members exercise one of their most basic rights – the right to vote.

Electric cooperatives have the opportunity to play a vital role in supporting political engagement, encouraging rural voter turnout, and engaging with candidates on issues that matter in our communities. The Co-ops Vote campaign has recognized OAEC as a “5-Star Co-op” for promoting the following:

Rural communities depend on co-op voters. To learn more about how to be an active participant, visit www.vote.coop.